A Breakthrough for Addiction: Combining Hypnotherapy and EMDR

Posted September 10, 2019 |Comments Off on A Breakthrough for Addiction: Combining Hypnotherapy and EMDR

How Hypnotherapy Combined with EMDR Helps One Get Over an Addiction

We are having an opioid crisis. This article may be disturbing for some in depicting the challenges, both physical and emotional that addicts face, but read on to see how the use of EMDR and Hypnotherapy provides a path to being addiction-free. 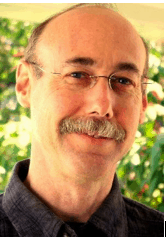 We are speaking with Herb Cohen, LCAT on the topic of hypnotherapy and EMDR as a successful treatment for addiction. Herb is a Certified Hypnotherapist with over 38 years of clinical experience. He is Certified by the EMDR International Association (EMDRIA) and is an EMDRIA Approved Consultant. Learn more about this therapy.

When Jose called, he was struggling with Suboxone, the medication prescribed to help opioids and heroin addicts eliminate their drug addiction. The problem is that Suboxone is also addicting, making it much harder to get off of than heroin or opioids. He had a long history with heroin addiction and did not anticipate this tough of a time detoxing off Suboxone. I explained that I had zero success with Suboxone but 100% success with heroin. Jose understood what I was implying and he presented a week later free of Suboxone. He, however, was once again dependent on heroin.

Why EMDR and Hypnotherapy Works with Heroin Addiction

Jose was injecting heroin twice daily at 9am and 3pm, so we timed our next appointment for 3:00 PM. The process involved first going over energy and neurologically-based rapid grounding skills. I then explained that addiction was implicit memory and we would therefore use a widely-used memory therapy  called EMDR or Eye Movement, Desensitization and Reprocessing. The process would be used to expose and desensitize his addiction memories. The outcome would be to switch off dependency and cancel withdrawal on the spot.

The second part of treatment was to use a combination of EMDR and hypnotherapy to treat the causal factors that were triggers for unconsciously manifesting implicit memories associated with an addiction. Trauma or early childhood trauma are permanently stored memories that are known triggers that can set off craving or anxiety, depression or dissociation.  Jose had an abusive father who also used drugs and drank; his mother did not protect him and was also assaulted by his father.

It should be noted that not everyone has the need to set off an implicit memory system and thus not everyone becomes addicted to drugs and alcohol.

The Process: EMDR and Hypnotherapy for his Addiction

A week later at 3:00 PM, Jose seemed jumpy and twitchy. He was motoring in place and I could see withdrawal symptoms starting. He looked very uncomfortable and seemed ready to bolt. He kept glancing  at his watch for signs from his dealer that stuff was available to fuel his addiction. On a 0-10 scale of the level of urge, I could see he was at a 10. He agreed, however, to proceed with me. I handed him two buzzers that vibrate in each hand alternately (instead of eye movements).

He last used this morning and we used that memory to start the process. I asked him to be in his memory as much as possible and to actually be able to feel the heroin taking effect, satisfying his addiction. He signaled when he began to feel this and I turned the buzzers on. He soon rolled his eyes up and his head nodded down and I knew we were inside his memory system.

Jose went onto experience a flood of memories. Positive memories mixed with some not pleasurable shame based memories. After 45 minutes, his memories stopped at which point he declared that he didn’t feel high anymore and had no cravings at all. He looked calm and relaxed. I told Jose that I kept an emergency stash to prevent withdrawal in my drawer, but he had no reaction when I was slowly pulling the drawer open. His withdrawal symptoms were gone. Jose had been through seven inpatient and outpatient rehab programs but was stunned that he now felt nothing in terms of addiction.

Success in Treating an Addiction with Hypnotherapy and EMDR

The following week I saw Jose to resume and complete treatment. Despite being addicted to something for the last 20 years, he did not mention his using or not using until I asked. He said he has not thought of using at all and neither cravings nor withdrawal returned. His addiction was no longer there!

It took Jose another 12 sessions to complete the work. No pharmacology was utilized during Jose’s treatment and no medications post therapy were needed. He is now free of dependency. Unlike the conventional revolving door of rehab without ever having a discharge plan, I determined that  Jose would not need relapse prevention nor any follow up.

Through it all, Jose has learned a lot about himself and values himself much more. He still attends 12-step meetings and periodically experiences challenges at such meetings as he does not identify as having an addiction any more. These meetings declare you are born an addict and will die an addict.

I began studying T’ai Chi 25 years ago, and became very involved with studying bioenergy, Chi Kung, Reiki, and Tibetan and Zen meditation practices. As Director of a mental health clinic that primarily relied on pharmacology, I came to discover that integrating energy and mindfulness-based stress reduction with clinical treatment had profound applications and results in both inpatient and outpatient settings.

Continuing to advance applications of EMDR, Energy and Creative Arts Therapy, I have developed ways to integrate these applications to maximize the therapeutic benefit without the use of pharmaceuticals. My approach is gentle, supportive and person-centered allowing patients to truly experience mindfulness and an emotionally healthy spirituality.

Are there Other Types of Addiction that EMDR and Hypnotherapy Can Help With?

I have learned this method of treating addiction works well on heroin, opioids, alcohol, cocaine and amphetamines. I have not had success with benzodiazepines, Suboxone or Vivitrol which are considered Medically Assisted Treatment for addiction. There are modified applications to treat binge eating disorders and sex addiction.

In addition to his certifications in Hypnotherapy and EMDR, Herb is also a Registered, Board Certified and Licensed Creative Art Therapist. Herb specializes in treating trauma, addiction and eating disorders. He is also skilled in  treating anxiety, phobias, chronic pain, headaches and migraines. Herb helps people develop a spiritual path to self-realization if they choose and will also include energy healing work as indicated.