Combining Therapy with Nutrition to Stay Off Drugs

Posted October 25, 2019 |Comments Off on Combining Therapy with Nutrition to Stay Off Drugs

Practitioner Spotlight with Dr. Keith Kantor, who has a PhD in Nutritional Science and Doctorate in Naturopathic Medicine 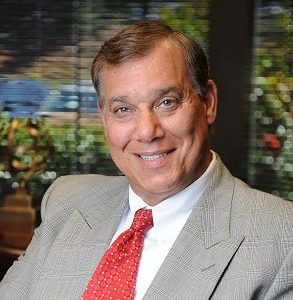 We are speaking with Dr. Keith Kantor, PhD, ND, a Naturopathic Physician who specializes in treating those addicted to drugs and alcohol. His main modalities include using  psychological therapy, exercise and specific food menus to cover nutritional changes.

The patient, Ed was a college educated heroin user. At 28 years old he was married and had one 3 year old. Ed was a high earner when working in his job as a sales manager. Although he thought he was a very functional heroin addict, he often missed work and was constantly changing jobs.

Ed had tried three rehab programs and each time he did stop using drugs but relapsed in each case within four months. Ed’s addiction to heroin was affecting his family life, spending no quality time with his wife or child. Nevertheless, His wife was a very positive influence on him. I think the main reason he agreed to seek my services was to help save his marriage.

Getting to the Physical and Emotional Source of the Addiction

It was necessary to address how Ed thought about things and the actions that resulted. To determine how to proceed with holistic addiction therapy, I incorporated psychological tests to measure his attitude towards drugs and other subjects, becoming drug free and any personal problems that were causing stress problems. To keep Ed motivated and compliant with the program, it was necessary to remove stress or at least keep it at bay since too much uncontrolled stress can easily cause a relapse.

We looked at the physical addiction by testing the urine and blood which would show any drugs he was using. The tests also measured sugar and other nutrients that stimulate the opiate receptors. Certain foods stimulate the opiate receptors (like heroin) and cause dopamine release, a neurotransmitter in the brain that makes us happy. From these tests we could adjust his diet.

Keeping the Patient Happy, Healthy and Drug-Free with Proper Nutrition

My treatment with Ed and others is successful because we closely monitor the diet to make sure specific foods are eliminated and others are added. Amazingly this makes it physically easier for the patient to get off the drugs and just as important to stay off the drugs. The menus along with lifestyle changes also help with motivation and reducing and keeping stress under control.

Ed’s progression in my program, using psychological therapy, exercise and specific food menus, was steady and consistent. He has not relapsed because he stays on the menus we provide him and his wife is very helpful. The patient has now been off of heroin for over 2 years. He works out, meditates daily, has lost excess weight and his blood pressure – which was high – has returned to normal. Proudly, Ed has been at the same job for over 2 years and he and his wife are having another baby.

About 36 years ago when my daughter was about 3 years old she was getting sick quite often. We took her to several doctors, underwent dozens of tests and they could not figure out what was causing her sickness. We finally took her to a Naturopathic Doctor and after a few tests we found out she was allergic to the formaldehyde that was used in packaging meats. We found a cleaner source for our food and her sickness stopped immediately. This was the spark that led me to go back to school and choose the Holistic path.

The reason I went into addictions specifically on my holistic path was because I was asked by 5 Star rehabilitation Centers to prepare menus for their in- house rehabilitation centers. When researching the proper nutrition to help with addiction and started finding was to help stop the physical cravings by controlling the opiate receptors and dopamine response. After a lot of research and testing I found out this was not being done, so I patented and trademarked named program. So far results show it increases the withdrawal rate by a significant percentage but cuts the relapse rate by slightly over 50%.

I have been in the all-natural food industry for almost 40 years. My experience has taught me that the CDC is correct when is says 85+% of all diseases are nutrition related. I now know that almost all diseases and illnesses can be prevented,mitigated and in a few cases cured with proper nutrition, proper hydration and lifestyle changes.

What Would You Like Your Patients to Know About Your Services that They May Not be Aware of?

I would like my patients and the public to know that Naturopathic medicine can never hurt a patient and never has side affects. It can in almost all cases at least mitigate any illness. The worst that can happen by using Naturopathic medicine is it doesn’t work as well as wanted. Even in those cases your overall health should be better.

See other Practitioners like Dr. Kantor in our Holistic Directory