Symptoms but No Diagnosis from Medical Doctors

A friend of mine had been complaining of severe fatigue and was sure she had something very wrong with her. Her other symptoms included a persistent earache, chronic sinus infections, inability to sleep, and weight loss. Despite seeking the expertise of a multitude of medical specialists (ENT, GYN, Cardiologist, Neurologist, Rheumatologist and others) and undergoing a battery of tests – all negative-, not one doctor had been able to label her with a definitive diagnosis.

Treatment of Symptoms Failed to Eliminate the Symptoms

The physicians attempted to relieve her symptoms prescribing antibiotics, steroids, and even sleeping pills. Still feeling lousy, and still suffering with ear aches, sinus infections and chronic fatigue, she continued to search for a diagnosis with more invasive tests. So now, on top of her unrelenting physical symptoms, she was also an emotional wreck.

Dentistry Dismissed as a Root Cause of Symptoms 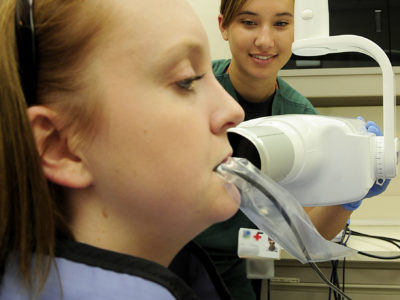 As a biological dentist, I inquired if she has seen a dentist, suggesting that her ears and sinus problems may relate to a tooth problem, specifically a failing root canal, which she admitted having them all over her mouth. She completely pooh-poohed the idea that her teeth could possibly have anything to do with how she felt. Since none of her doctors related dental conditions to overall health, that area of the body near her sinuses and ears was missing from their differential diagnosis. And although oral bacteria could become a systemic problem, particularly with a heart valve problem, her trusted medical doctors never delved into her oral health history.

No Dental Pain, But Heart and Lung Symptoms

It turned out that my friend was aware of having a heart murmur, confirmed by her cardiologist who thought that she would eventually need a mitral valve replacement. No rush. Continuing to feel worse, she found herself laboring to breathe and ended up in the hospital emergency room.  Her heart was not pumping efficiently and fluid backed up into the lungs. Blood cultures revealed infections around both the mitral valve and the aortic valve. And what showed up was oral bacteria! Well it turned out that she did have recent dental work. No one thinking that her dentistry had any relevance, she now needed immediate surgery to replace both valves and was in intensive care on a respirator.

Something is Missing in Medical Diagnosis

It seems that there are so many people afflicted with autoimmune diseases, allergies, cancers, heart disease, diabetes, autism, Alzheimer’s, Lyme disease, addictions, and infertility. People say that it’s because medicine is better at diagnosis. Perhaps. If they take a full history and know the right tests to perform. Considering the whole person is a holistic philosophy, but dentistry is mainstream and still ignored. In the absence of active dental symptoms, a dental-medical history should reveal possible tie-ins to systemic health. You, as the patient or advocate, may be the one who has to offer that information.

Oral Health Can be the Cause of Other Symptoms 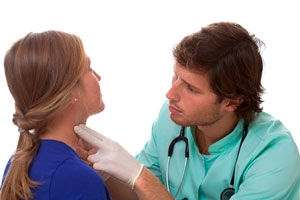 There is so much information out there that it’s overwhelming. Knowing that dentistry is as important to overall health as any other part of the body, our mission is to raise awareness for consumers, medical and alternative health practitioners, of the health symptoms and implications of relating oral conditions to systemic health and wellbeing. As I could see with my friend and thousands of patients I treated over the years, you have to consider the whole person. Everything is relevant.

Does One Need a Crisis to Finally Relieve Symptoms?

I wish that my friend would have understood the importance of her dental problem to her heart health.  But I learned that it’s futile to make recommendations that can cause confusion and strip confidence. Opening to unfamiliar information is like changing a political party or religion. Her systemic problems led her to medical doctors to treat her symptoms, not the cause, a situation that became full of life-threatening risks. 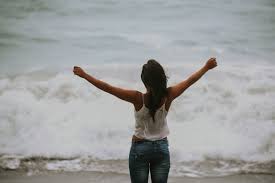 I’m happy an relieved to say that she is making a fantastic recovery. She’s in great shape, has an amazingly positive attitude, and is surrounded by family and friends who love her.