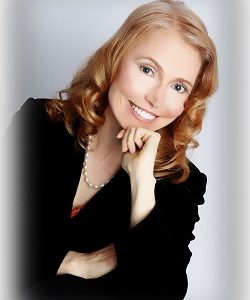 We are speaking with Jean Brannon, Licensed Acupuncturist, on holistic treatment of Irritable Bowel Syndrome.

While pain is the number one condition bringing people in to see me for acupuncture, I’d say digestive difficulties, especially Irritable Bowel Syndrome (IBS) would overall be the next most common reason patients seek my services.

Presenting with a wide variety of symptoms – from gas, bloating, constipation (often alternating with diarrhea), and abdominal pain – IBS can often turn the normal daily act of eating into a dreaded experience.

I recall one patient who came to see me that had, on average, one bowel movement every three to four days. Not only was Janet, a 44-year old woman,  uncomfortable all the time in her body, she literally kept clothes in her closet that were normally two sizes too large in order to accommodate the extreme belly bloat she suffered several times a week.

What Did The Patient Previously Try for Her Irritable Bowel Syndrome?

As is often the case with IBS sufferers, Janet had seen a gastroenterologist – a medical doctor that specializes in digestive and bowel disorders. As part of the evaluative process, the gastroenterologist had performed an upper endoscopy – a test whereby a tiny camera is inserted into the stomach and small intestine to observe digestive function and obtain a tissue sample. A lower GI series was also performed – a test where the colon is filled with barium in order to allow abnormalities to show up more clearly during an X-ray. Yet these evaluative measures revealed nothing out of the ordinary.

Before submitting to more invasive procedures like a colonoscopy which involves examining the entire large intestine, under anesthesia, with a thin, flexible tube, Janet decided to seek the opinion of a holistic practitioner and so she came to see me.

As part of an acupuncture session, I have new patients fill out a detailed questionnaire, so I have an understanding of their health histories as well as an accurate description of the symptoms they’re experiencing.

There is no “one size fits all” approach to treatment. If ten people come in with IBS symptoms, each will be treated differently based upon what the individual is going through – not just physically, but any stress or emotional imbalances as well. And so, when Janet came to see me, she was presenting with daily constipation as well as pain an hour or so after eating. Intense bloating began approximately three hours after meals.

Besides the Re-Balancing with the Acupuncture Treatment, What Should the Patient with Symptoms of Irritable Bowel Syndrome Address?

Drinking with meals: When we discussed her diet, I first asked if she drank anything with meals. Janet said she always had a large glass of water while eating. I explained how drinking with meals dilutes the stomach’s hydrochloric acid. Since HCL is responsible for breaking down most of the food we eat, I suggested she stop in order to help her Irritable Bowel symptoms.

Chewing food: I inquired about how thoroughly she chewed her food on a regular basis and whether she ever ate fruit as a dessert. The reason these two questions are relevant is that, often, people who drink with meals become lazy chewers. Digestion starts in the mouth where food should be properly broken down by chewing that subsequently engages enzymes present in saliva. When chewing is inadequate, the stomach is overwhelmed with trying to do the work of the mouth and teeth as well as its own job. The Irritable Bowel symptoms of gas, bloating, and pain after eating can be the result.

Food combinations: In addition, proper food combining wisdom, a dietary strategy geared toward optimizing digestion, dictates that fruit should only be consumed on an empty stomach. That’s because raw fruit breaks down faster than any other food. And the way the body is geared to operate is the most concentrated, difficult to break down food is worked upon first. So if someone eats a meal with meat or fish, the body may be slaving away to digest those proteins for up to two days! Meanwhile, the fruit is set aside, so to speak, until other foods are digested. So what happens to the fruit? While it waits to be broken down, it ferments – again setting the stage for the Irritable Bowel symptoms of gas/bloating/pain after eating.

Digestive Enzymes: In addition to recommending no drinking with meals as well as proper chewing and food combining, I also suggested to Janet to begin taking plant-based digestive enzymes as well as include probiotic-rich foods such as a teaspoon of raw sauerkraut with dinner. This would help to boost her overall digestive power.

Janet adhered to these suggestions diligently. When she returned for a follow-up appointment four weeks later, all of her symptoms of Irritable Bowel Syndrome had vanished. I recommended she continue with the suggested protocol and return every few months for a “tune-up acupuncture treatment”.

Why and When Did You Choose the Holistic, Integrative, or Natural Health Path?

I decided to become an acupuncturist when my own low-back pain led me to try acupuncture. I was so impressed with the results, I decided I wanted to leave my corporate job and embark on a holistic career.

What Lessons Have Your Work and Professional Experiences Taught You?

It was only while I was in acupuncture school that I discovered I had actually been a lifelong Taoist, intuitively believing in the inherent beauty of following Nature’s rhythms and patterns and allowing that experience to dictate how life unfolds.

And so acupuncture isn’t a job really for me – it is a way of life. Acupuncture’s guiding principles of seeking balance and harmony through obeying Nature’s laws simply make sense to me – and it lights me up to share this ancient wisdom with others.

As an acupuncturist, author, and president/CEO of the nonprofit Tend and Mend Foundation, Inc., Jean Brannon brings more than 20 years of holistic health troubleshooting and life coaching to her path of service.

Whether through the books she writes or the treatments she performs or the classes she teaches, Jean is committed to helping others become more inspired, uplifted, and empowered.