Posted April 23, 2020 |Comments Off on Co-Dependency – Fright, Fight or Flight

Holistic Practitioner Spotlight with Mary Joye, A Licensed Mental Health Counselor, on the Subject of Co-Dependency 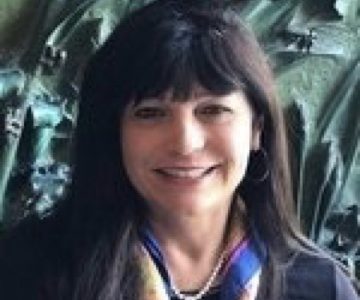 We are speaking with Mary Joye, LMHS, on how she uses her skills to address clients with co-dependency issues)

June, 45, an intelligent, well respected professional in her field was reticent to believe she had a dysfunctional marriage and was codependent. She decided to come to therapy in order to “fix herself” so her husband, also a professional, would be nicer to her. Externally, their marriage of 20 years looked idyllic. They had a beautiful home and a privileged life, but they often fought, and she felt it was always her fault.

On her first visit with me, June admitted that she was suffering from mental, financial and verbal narcissistic abuse from her husband. He blame-shifted that he would not be so angry if she just did what he said. But no matter how good she thought she was, he always criticized and found fault with her.

There were times when things appeared to be good.

June’s husband intermittently treated her wonderfully – then horribly. When he saw she was feeling safe and loved, he began to shun, abandon or mistreat her. This is known as intermittent reinforcement which creates a hook of receiving feel-good chemicals when the abuser is nice and then stress hormones such as cortisol and adrenaline kick in when they abandon or abuse. The cycle is exhausting, and fear based. Constantly trying to please others to stay connected, June would acquiesce and lose sight of her own needs and cave into the demands of the narcissist to keep peace.

Many months after our first visit, June stood up to him and things turned violent. He shoved her, grabbed her shoulders, shook her and held her against the wall by the throat. She was terrified and returned to me for counseling, still reluctant to admit that she fit the mold of the stereotypical victim. She was deeply connected to her religious beliefs and seriously keeping her marriage vows of “until death do us part”. She was dying emotionally, but spiritually believed she had to stay in this abusive marriage.

June continued to hold on that if she did everything her husband asked of her, he would be appreciative, love her more, and change.

He got worse. It took her 6 or 7 times of abusive outbursts to develop an exit strategy and be brave enough to file for divorce. (She felt false guilt from not telling him she was filing but he had threatened her if she did). June had lost her sense of self-worth and was overwhelmed with anxiety. By definition, codependency is a loss of self while caring for or about others. Self-doubt is very common immediately before a codependent exits a relationship. Anxiety is the withdrawal symptom when you do decide to leave. June had finally reached the point where her fear of staying with him was far greater than the fear of leaving. She was ready to get a divorce and get on with her authentic life.

What had June tried before seeking you out?

June had tried pastoral and traditional counseling. They, however, weren’t familiar with the spectrum of how codependency presents itself nor did they understand the complexity of codependency. When she was in crisis, June did not see a connection of the body, mind, and therefore, did not know to seek the services of a counselor with this holistic approach.

Psycho-education is a valuable tool. I help codependents with resources to read outside materials for those times when they are not in counseling. June did much research on her own.

I also have developed a Vagus Nerve Exercise to relax their codependent fight/flight or frozen reactivity. It is a simple but powerful tool of physiological emotional self-regulation.

I also use Cognitive Behavioral Therapy to replace thoughts about their lack of self-worth with renewed sense of self.

Last but not least, we address financial concerns. This is often the ONLY thing holding a client back from leaving codependent relationships. They are either being used for their money or controlled by the other person’s money. It is imperative they have the financial ability to make and keep themselves independent.

Because these therapies are individualized, and solution focused, there is a great recovery rate. I give them the freedom to come and go to counseling as needed. They are encouraged to seek future maintenance sessions as needed.

My father was an osteopathic psychiatrist. My grandparents had doctorates in Naturopathy. You could say the holistic philosophy is in my DNA. At first I chose music as a career and worked in that field professionally as a songwriter in Nashville in Gospel and Country. The huge corporation I wrote for merged and I went back to graduate school at age 45 for counseling. It was a natural progression of professions.

Getting people in touch with their emotions is what both fields do.

I employ creative therapies such as songwriting, writing, lighting, sound and other expressive therapies that are a blend of my skills. I learned how aesthetics affect the emotions in my own life and former career and apply it to my office environment. My office is designed with diffuse light and organic furnishings that further enhance a sense of safety and comfort. Clients often remark how peaceful they feel and enjoy the calmness, the live plants, white noise and quiet meditation music.

Our five senses are important to our neural input.

Being peaceful keeps people mentally powerful and physically stronger. I truly believe in the trinity of a body, mind and spirit. I recognized through soul searching, meditation and personal growth that if one part of this trinity is impaired, wholeness is in peril. Imagine a triangle. If one side collapses the whole structure falls in on itself and this is why a holistic approach is so important.

My clients teach me every day. I am a guide and sounding board on their journey to wellness. My job is to help them listen to themselves, not to me. They have unique answers within them. The most important thing I learned is the application of neuroscience as an agent of change.

I understand the need for nonjudgmental compassion.

Self-care is crucial for me to stay compassionate without getting burnout. I exercise and meditate every day. I guard my sleep, solitude, and time with family and friends. Recognizing its importance, I teach self-care to my clients.

View other holistic practitioners like Mary in our Holistic Practitioner Directory