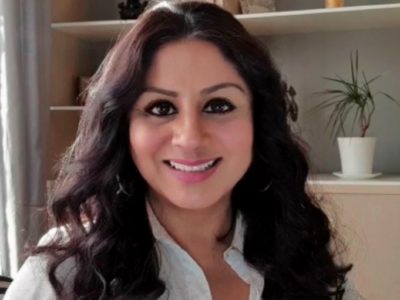 We are speaking with Belynder Walia, a qualified Psychotherapist, RTT™ Practitioner, and Mindfulness Coach whose passion is helping people with their mental and emotional well-being.

Tell Us a Story How You Helped a Client Suffering with Depression, Anxiety, and Severe Skin Problems

Many scientists have spent several years determining that the mind is hardwired. They thought the brain could only create new connections during childhood and once we reached adulthood, we would essentially be stuck with whatever got wired in our mindset.

There’s a good old saying, “you can’t teach an old dog new tricks”. Well, it turns out that you can.  Recent neuroscientific research has shown evidence of the microscopic changes that take place in the brain – especially with those who suffer with depression. The brain can literally be molded.

One particular case I worked on showed a miraculous transformation from the inside out. As she let go of and rewired her mind to the fixation of being depressed, a chronic physical condition, a manifestation of the way she felt emotionally, reversed.

Margaret, a private client, had come from a difficult background growing up. There was constant pressure to achieve certain goals and standards both culturally and as a woman in her community. The pressure was always present in her family and later at work. The constant demands for her time and attention left her feeling empty except for the anxiety gnawing at her.

There was no respite in her personal life. Margaret had an arranged and loveless marriage. The stress of living with her in-laws contributed greatly to her unhappiness. Margaret’s anxiety and depression heightened when she discovered her husband was having an affair. She packed her bags and left, wondering how she would provide for her children.

While on her own, a skin eczema resurfaced with a vengeance. Margaret’s constant scratching would lead her to claw her frustration and anxiety out onto her skin until she would bleed. She had been to several doctors for skin eczema who prescribed several medications and diagnosed her problem as “incurable”. It was at this point when Margaret came to see me.

Rapid Transformation Therapy to the Rescue

Margaret came across my evidence base on Facebook and was keen to know about the award-winning methodology I use – Rapid Transformational Therapy ( RTT™) for her disfiguring skin condition.

We first recognize Neuroplasticity, the brain’s ability to reorganize itself by forming new neural connections throughout life. It refers to the physiological changes in the brain that happen as the result of interactions with the environment. I use Rapid Transformation Therapy to stimulate these brain changes. RTT™ is a combination of modalities:

I knew the methodology would work and we would get to the root cause which would then allow Margaret to deal with whatever had been holding her back.

In just one two-hour session we got to the root cause of why her skin flared up as it did.

Margaret was able to let go of the sadness and within a couple of weeks, she stopped scratching her skin. Changing her mindset, transformed her life into one that was functional, happy, and more peaceful.

Through my own research as well as that of others, I found that one cannot limit themselves to what has always been known as the norm. It is important to keep an open mind and explore alternative medicine or methods that have had an impact and changed the lives of so many.

I use a combination of both scientific and holistic methods when working with referred patients or private clients. I believe one reaches optimal health by gaining a balance to help improve the mind, body and soul. As, I myself had RTT™ treatment, I was familiar with the immediate positive impact that it had on me.

Thanks to my 20 years’ experience in education, I am passionate about helping young adults and children with their mental and emotional wellbeing, particularly with issues of stress, anxiety and depression or indeed any other problems that are causing them to feel unhappy.

Belynder Walia is a qualified Psychotherapist, RTT™ Practitioner, Mindfulness Coach with a BS from Westminster University and Graduate Certification from the University of East London. She is recognized by the British Psychological Society and the International Council of Psychotherapists.

Driven by her own personal trauma to help others master their mindsets, it is her mission to help both heal trauma and prevent the impact of it through her two-pronged approach, available online.

View other holistic practitioners like Belynder in our Holistic Health Directory