Posted September 15, 2020 |Comments Off on Restore Health and Serenity with this 5000 Year Old Natural Healing System 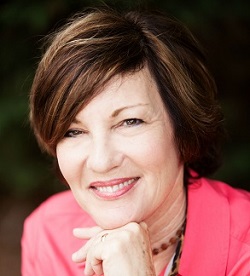 We are speaking with Gedalia Genin, PhD, and how she helps her clients utilizing Marma Therapy, an Ayurvedic healing system.

Sally, a 56-year-old married woman and a stay-at-home mom of two young teen girls, was experiencing hot flashes and depression. She had a strong creative side that she had put aside to take care of her family’s needs.

Sally’s depression began in her early forties. She had trouble focusing and getting things done in a timely manner. She felt scattered and unfocused and was not able to accomplish daily tasks like shopping, cooking, and caring for her children. This went on for a few years.

She was working with an Integrative doctor who prescribed antidepressants, bio-identical hormones as well as a wholesome diet. She also went for several acupuncture treatments and an occasional massage – neither of which addressed the emotional aspects of her health.

Sally desired to be off medications and pursue a more holistic approach to her health. Her doctor referred her to me for Marma Therapy, which the doctor felt would bring about balance and vitality.

What is Marma Therapy?

Marma Therapy is an ancient chakra balancing therapy that has grown out of Ayurveda. Ayurveda means “science of life” or “knowledge of life”.  It is a system of health from India over 5000 years old, a path to self-knowledge, that promotes balance of body, mind and spirit through the right diet, meditation, yoga, aromatherapy, daily and seasonal lifestyle rituals, gemstones, and astrology. Ayurveda is anti-aging and preventative.

Marmas are energy points on the body, like acupressure points in that they are located along the front and back of the body. Each point correlates with the Chakra System and connects a mental, emotional, and physical component. By pressing these points:

What was your course of treatment?

Each Marma treatment was an hour in length. Sally came once a week initially for a month then when symptoms minimized once every few weeks.

Specific Marma points on the head were pressed for hormonal balance. I implemented Marma therapy, aromatherapy, and dietary changes according to Ayurveda.

Ayurveda has three mind/ body energy types known as Vata, Pitta, and Kapha. Each are composed of a few of the elements: ether, air, fire, water, and earth. At birth, a person is dominant in one or two of those elements. Different stages of life, change of seasons, emotions, and stress, can cause imbalances.

When a person has hot flashes, there is an increase in the fire element pitta. So, by following a “pitta pacifying” diet, Sally was able to move toward balance. The diet consists of foods predominantly bitter, sweet (fruits and vegetables), and astringent – reducing sour, salty, and pungent tastes. Once a week Sally ate kitchari, a traditional Ayurvedic food that is detoxifying. It consists of split mung beans, basmati rice, ghee, spices, and vegetables. It is like soup.

Gemstones, essential oils, and sound are used in this rare energy therapy. When a person’s chakras get cleared through sound bowls, gemstones, and a tuning fork – all utilized in the Marma session – a person feels renewed energy and vitality on all levels: body, mind and spirit along with a fresh perspective on life.

What was the outcome for Sally?

Sally continued Marma Therapy for almost six months, but her symptoms abated after three sessions. Sally’s hot flashes were reduced from five times per day to once per day. She was no longer waking up in the middle of the night with night sweats and found that using a few of the essential oils I had recommended (holy basil and lavender), helped her sleep and further reduce the hot flashes.

Eating more wholesome foods instead of fast food, Sally decided to go further and observe an Ayurvedic approach to diet. She started cooking again, much to her family’s delight.

Sally began to feel happy again. She started painting; something she had not done in many years. She even sold her art. With her creativity stimulated, she took on the project of making costumes at her daughter’s high school drama class.

Her husband called me and thought that Sally could benefit even more if she continued with Marma Therapy. After three months of Marma Therapy sessions, Sally, with the guidance of her integrative doctor, began to wean off her antidepressant medication. She loved how she felt so much she did not want to stop. She weaned off her meds and began a renewed life.

Sally texts me of her travels with her husband and the joy she is feeling in her life. She has lost weight naturally – about ten pounds – on the Ayurvedic diet and is able to exercise more and keep a daily routine. I particularly appreciate Sally’s artwork that she continues to share with me. She now feels that she has returned to the person that she knew was inside her.

I chose my holistic path in 1990. After practicing Hatha Yoga for a few years prior, I was drawn to meditation, Ayurveda and the healing arts. I felt a natural pull toward holistic self-care after beginning these practices.

I experienced a spiritual initiation/awakening in 1990 that expanded my perception of myself and the world around me. This changed the course of my life for the better. All the physical symptoms and depression I had dealt with my entire life had healed after practicing Ayurveda, energy healing and meditation. I began painting and using color for healing.

After the birth of our first son 32 years ago I knew I wanted to learn everything I could about holistic living as I did not want to resort to antibiotics for everything. I even studied and received higher education to obtain this goal.

After raising our children I also wanted to be of service to others, not only with my skills, but with the wisdom I had attained from my personal experiences.

Gedalia has worked with nationally known Integrative doctors for 8 years. She continues to help women uncover new pathways to health and vitality by drawing on a wealth of holistic gems: