Posted April 9, 2020 |Comments Off on Hemp and Chronic Pain 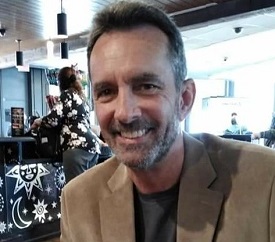 We are speaking with Robert Kelly Martin, a CBD Advocate, who feels that there is no greater gift than to have the desire and compassion to help others. He now has the resources to make a difference in someone’s life.

This is my most recent encounter with someone seeking pain relief. My niece’s husband is a carpenter. Several years ago, Kevin suffered an injury that has since left him in continuous pain from his neck to his lower back. I had seen Kevin several times in the past and we never really spoke to each other on a personal level – until recently. During our conversation I realized just how much he was suffering from his relentless pain. I never really thought Kevin liked me much because he always seemed quiet and reserved. Now I know why.

What had been tried before for pain relief?

I don’t have too much information regarding this. My Niece Kayla told me that he has health insurance through his job and they are a modest couple with a newborn child and limited resources. Kevin’s doctor had prescribed him medication to help relieve his pain. It was unknown to me if Kevin actually even took the prescribed medications or if they simply were not working. My niece knew I was into natural remedies particularly CBD research, so they reached out.

How did you arrive at your course of treatment?

I since saw Kevin and Kayla at a family function. I have samples that I carry with me time to time. I brought with me a jar of topical cream containing 80mg CBD and Emu Oil as the delivering agent. Kevin was anxious to try it but hesitant at the same time. The reason was because his employer randomly tests for narcotics. Once I assured him my product was 100% THC free without side-effects, he gladly agreed to give it a try.

I did not perform any types of treatment myself. I simply handed the jar to Kayla who applied the non-prescription cream to the painful areas of Kevin’s neck and back. Kevin was pleased to report that after leaving the family get-together an hour later when they returned to their home, he was able to get out if his truck and walk up his driveway pain free!

My suggested maintenance to Kevin was to start on the 1,500mg full spectrum bottle or 750mg bottle of broad-spectrum CBD. The broad spectrum will continually help him with his pain and remove worries from a positive drug test. I also advised getting the topical cream for pain management and flare ups.

Why and When Did You Choose this Path?

My interest in this type of treatment begin in the summer of 2017. I was watching a documentary on cable where Dr. Sanjay Gupta (neurosurgeon and reporter) was interviewing a family from Texas.

Alexis, the little girl that captured my heart was suffering from epilepsy and having multiple seizures daily. Having tried everything the medical profession had to offer with no success, her mother and father had heard about medical cannabis. They decided to move to Colorado where they were able to legally get this treatment for their daughter’s seizures with impressive results.

After witnessing the miracle of what this plant did for that little girl and her family, a passion stirred within me so strong, I knew I was beginning a new chapter in my life.

I follow the research being performed by Professor Raphael Mechoulam at Hebrew University. His discovery of the endocannabinoid system in our bodies has been the corner stone for my personal knowledge about this plant. Today his team still leads in all research past and present.

To me there is no greater gift than to have the desire and compassion to help others. Now having the resources to make a difference in someone’s life is all I want to do.

On April 19th 2019, I lost my youngest son to opioid overdose. I have learned to tell my other children how much I love them every single day. Never take anything for granted because life is short.

I was born on September 30th, 1959 in Newton-Conover North Carolina. I attended North Stanley High, graduated in 1977, and joined the US Navy in September 1980. I attended submarine school in Groton, Connecticut and sailed as a submariner until June 1984.

In 1992 I received an Associate Degree in Applied Science Computer Electronics from Cincinnati Metropolitan College. I worked in the computer networking industry until 2007 and then joined the United States Military Sealift Command. There I worked as an electronic technician until July 2013. My electronic background landed me a position at Parker Hannifan Corporation. That lasted until December 2016 due to massive layoffs within the company which eventually led me to where I am today.

View other holistic practitioners like Robert in our Holistic Health Directory