Posted June 11, 2020 |Comments Off on Optimize Your Ego State to Relieve Stress and Be a Better Person 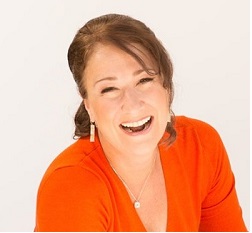 We are speaking with  Kathy Gruver, PhD, CHt, LMT, RM, on the topic of Ego State Optimization and Values Coaching.

Tell Us a Story About a Client You Helped Who Had Stress Issues With Work, Relationships, and Health

Mark, an incredibly driven married man in his mid-60’s is the creative director of a theater company. He did not appear to have any real health problems, but he professed being a workaholic and was experiencing work/life balance issues. Being stressed and starting to feel strains in his marriage, Mark was having anxiety over how the tension he was experiencing was affecting his health.

Mark, who finds validation only through his achievements asserted, “I’m only as good as my recent project”. He expressed that his fear and anxiety were “through the roof”, having repetitive negative thinking.  He tried conventional therapy with no results. Of note was that he was not formally diagnosed with any anxiety disorders and was opposed to taking psychotropic medications of any sort.

Escaping into more work and more projects, Mark’s anger and reactivity escalated, especially when dealing with roadblocks or barriers that appeared to be out of his control. He took everything personally and found himself distancing from healthy relationships.

I had worked with Mark many years ago with some hypnotherapy, customized guided imagery, Bach flower essences and Reiki. He remembered the great results he had and now felt like it was time to do some more work with me.

How did you arrive at your course of treatment?

Through the initial discovery call and then our first coaching session, I realized there were parts of him in conflict. For most of the time, the workaholic overbearing part of him was driving the bus and not allowing the comforting, loving, relaxed part to come out. When in this state, he was not sure of his values, feeling somewhat directionless, and not able to relate well to others.

Our first session we discussed Ego State Therapy– we all have multiple facets of ourselves that switch off and on throughout the day to handle tasks, situations, and communications. We have anywhere from five to ten facets that show up most often. Others, hidden in the background, are often the scared/suppressed ones. The one that is prominently displayed at any given time is called the “executive”.

We mapped Mark’s general states – naming them and figuring out their functions. We established the few that were in charge most often and what role they played. To stave off the negative thinking, I directed him to begin nightly affirmations before bedtime and morning gratitude declarations.

The second session we expanded work with the Ego State by negotiating between a few states to make sure there was balance in his life. When relevant, the more sensitive, nurturing sides got their turns. Making great headway here, we then made communication agreements between the different states that would allow other more appropriate states to be in charge of troublesome situations.

The third session we uncovered the three top values that Mark wanted most to give him clear direction. Going back to his mapping of his Ego State, we established which of his ego states would be most effective at holding those values. In turn, we were able to define which values helped each of the main ego states.

With three more sessions, we were able to optimize Mark’s Ego State Negotiation which helped him with his stress level and relationships. He no longer worried about his health.

I think it chose me more than anything. I started doing massage in college, apprenticing with a woman who taught me for a few years. When I moved across the country to pursue an acting career, I thought massage would be a great sideline in between award-winning film roles. The roles never came but massage stuck. I moved to Santa Barbara and started my own massage practice.

I decided I wanted to do more, so pursued my masters and PhD. I started doing more work with herbs, homeopathics and Reiki. I assisted with a dozen or so births. Then I added hypnosis and now coaching. I have written seven books and lectured around the world – bringing the theater thing full circle.

I think the main thing that appealed to me about this path was the availability of choices. My mom died when I was young after battling cancer for nearly a decade. She had few choices in Pittsburgh in the 80’s. Now, I love to let people know that they have options for their healing. If nothing else, they can change their minds.

I know the path is still winding far in front of me and I have no clue where it will lead next. Every modality I learn is an opportunity to help more people.

Wow! My work has allowed me to explore parts of myself that probably would have stayed nicely hidden. My drive to be more educated to help others has given me an amazing opportunity to learn more. I am more compassionate to the suffering of others and find myself with more patience with myself and others. I have also found I can detach more when needed to handle the suffering without taking it on or making it personal.

Working with so many people has expanded my communication and interpersonal skills. I am continually presented with the constant challenge of how to best help others. Through my speaking and teaching, it has allowed me to get back on stage and use entertainment as an educational tool. I love helping others heal and seeing them reach their goals. It inspires me to be a better, fuller, and richer person.

She hosted the TV show based on her first book, The Alternative Medicine Cabinet and has earned her PhD in Natural Health. Dr. Gruver is the twelve-time award-winning author of seven books including, Conquer Your Stress, Workplace Wellness, Conquer your Stress at Work, and Journey of Healing.

Kathy has studied mind/body medicine at the famed Benson-Henry Institute for Mind-Body Medicine at Harvard. Also studied hypnosis at HMI and subsequently with some of the top hypnotists in the world.

She is enrolled in CTI’s coaching program and has been studying psychology and human behavior her entire life.

Kathy has been featured as an expert in numerous publications including Glamour, Fitness, Time, WebMD, Prevention, Huffington Post and Dr. Oz’s The Good Life, and has appeared on over 250 radio & TV shows including Lifetime, NPR, CBS Radio and SkyNews London. She is also the co-host of the new Fire and Earth Podcast. For fun and stress relief, Gruver does hip hop and flying trapeze.