Coronavirus! Head for the Hills

Posted February 5, 2020 |Comments Off on Coronavirus! Head for the Hills 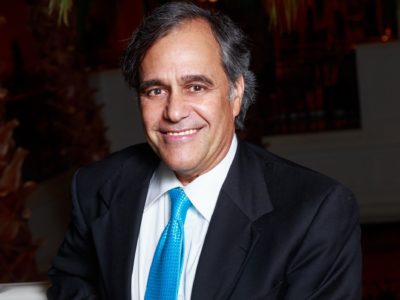 We are speaking with Dr. Tedd Koren, DC, nationally known chiropractor and developer of the Koren Specific Technique (KST); a way of reading what the body needs to heal by identifying specific changes of the occipital bone of the skull to help identify imbalances within the body.

I’ll never forget the scene. A few years ago, I was in a hotel teaching a KST seminar and during a break I went into the lobby. I was attracted to the large screen TV. Showing a near-hysterical reporter telling us about the horrible, terrible, no good, scary, killer flu that just appeared in Mexico. This time it could be the “Big one”, the swine flu that killed millions. Just like previous predicted epidemics:

Weren’t we told by the experts that the above flu viruses were going to spread all over the world and kill millions? People all over the world were freaking out. There was a report of baggage handlers in Italy refusing to touch luggage that was in a plane that had come in from Mexico City.
Guess what was discovered? A month or so later, when things settled down, it was revealed that that year’s terrible “killer flu” turned out to be even milder than the regular flu. I wonder, “did the airline passengers eventually get their luggage?”

A Recent Statement from the CDC Regarding the Coronavirus:

“While CDC considers this a serious public health concern, based on current information, the immediate health risk from 2019-nCoV to the general American public is considered low at this time.” (1)

Despite this report, Media-fueled hysteria doesn’t stop millions of people from being distracted with fear. Millions get vaccinated for the latest flavor of flu virus even though the vaccine doesn’t have time to be tested for safety or effectiveness.

In the history of human life on this planet there has never been an infection, let alone a plague, that threatened to wipe out humanity – not even the Bubonic Plague or “black death” that killed so many in Europe in the Middle Ages. As with other plagues, filth, rats, and unsanitary lives were the breeding grounds.

What’s Really Going on in China?

Let’s put this China coronavirus “pandemic” in perspective: there have been thousands reported to be infected with the virus and a few hundred deaths blamed on the coronavirus – in a city of 11 million people! It’s not reported if the death rate was the same or less than the same period last year or the year before.

The foul air of dozens of fast-expanding cities across China contains cocktails of toxic contaminants unprecedented in the range of pollutants. They contain at high concentrations … effects that doctors say are cutting five years off the expected lifespan of half a billion people in northern China.

Many tourists come back ill from their China trip.What is known is that:

China has the world’s most dangerous outdoor air pollution. The country emits about a third of all the human-made sulfur dioxide (SO2), nitrogen oxides (NOx), and particulates that are poured into the air around the world. The Global Burden of Disease Study, an international collaboration, estimates that 1.1 million Chinese die from the effects of this air pollution each year, roughly a third of the global death toll. (2)

Still, Should You Be Worried?

Do you fear that the coronavirus is the monstrous pandemic that will unleash to kill millions? There are other theories that are not so grave. Claude Bernard, the father of physiology and one of the world’s great scientists, famously said our “milieu interieur” – the purity of our internal environment—was the key to health. This flew in the face of Pasteur and Koch’s germ theory of disease that considered the germ to be primary as a cause of disease, irrespective of the individual’s health. Intense discord among scientists arose over this issue. Yet on his deathbed Louis Pasteur, in 1895, admitted to his friend Professor Renon:

“Bernard was right, the germ is nothing, the milieu is everything.” (3)

Stop blaming it on bugs – they are scavengers that feed on toxic tissue. It’s not some “virus” of which there are thousands if not millions that you are exposed to everywhere; it’s the toxins!

How to Stay Healthy or Deal with Flu Symptoms

By staying away from polluted water and polluted air, by observing basic hygiene and sanitation practices, a reasonably healthy, reasonably well-nourished person has nothing to worry about.

If you do show symptoms of the flu, one of the most powerful immune-suppressive things to do is to load up on medications. While they may temporarily make you feel less achy, steroids, aspirin, acetaminophen and many other medicines can weaken your immune system, increase toxins in your body, and make recovery longer.

Let us not forget the poor quality of the food and the malnutrition from food grown in minerally depleted soil. Add to that genetically modified seeds, synthetic chemical fertilizers, herbicides, fungicides and pesticides and you have a toxic population close to the tipping point. Excellent nutrition information is found here.

Symptoms are Not the Disease

Symptoms are part of a healing process. It’s hard to believe that fever, sweating, fatigue and body aches are good for you. Hippocrates said, “We call them diseases, but symptoms are the cure of diseases.” Symptoms are how your body restores homeostasis, or balance. They function by the body flushing out toxins.

Your immune system works to keep your body in balance or homeostasis; it is more powerful than any drug or vaccine—and much safer. You are not a passive victim. You don’t need drugs to live a healthy life and to avoid the flu.

Natural ways to deal with colds and flu are healthcare systems or arts that promote proper function and do not suppress symptoms. Included in that list are chiropractic, classical osteopathy, acupuncture (to clear blockages and open up healing channels), homeopathy (to turn on your body’s natural healing), herbology, naturopathy, Ayurvedic (Indian) medicine and many other systems including Traditional Chinese Medicine (TCM).

Of course, the above healing approaches are far from an exhaustive list. We live in a world that has a wealth of natural, safe, effective methods to permit the body to function at its height and promote detoxification, rest and rejuvenation.

Head for the Hills

Please take it easy and head for the hills—because that’s where there are a lot of nice spas, resorts and hot springs. Take a vacation from the news, avoid medications that suppress symptoms and as much as possible, respect your body’s natural healing abilities. You and your family will be healthier for it.

Dr. Koren survived public school in Brooklyn, NY. His professional education was at Sherman College of Chiropractic where he graduated as class valedictorian. He has made original contributions to chiropractic and natural healing – philosophy, science and practice and fought (and beat) the FTC over the issue of healthcare freedom.

Tedd Koren, DC is the developer of Koren Specific Technique and author of Cancer is Natural, So is the Cure and Childhood Vaccination, Questions All Parents Should Ask. All available from Koren Publications

View other holistic practitioners like Dr. Koren in our Holistic Health Directory