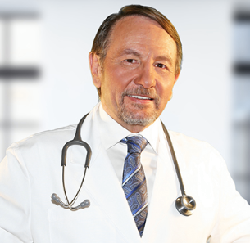 We are speaking with Dr. Ken Adams, M.D., DDS, on the topic of the role that insulin resistance plays with the inability to keep weight off.

A few years ago, a patient of mine — let’s call her Amalie — went for a job interview, which she passed with flying colors. A bright and amiable woman in her mid 30s, Amalie holds a PhD from a prestigious American university, speaks three languages, and weighs about 165 pounds. She had applied to be an assistant professor at a prestigious private college in Paris. The interview panel, including the dean, had been so impressed with Amalie that they offered her the job on the spot. She was over the moon!

There had been only one uncomfortable moment: It came at the end, when Amalie turned to leave. The dean said, “The senior professor you’ll be working under can be rather difficult….”

“Rather difficult!” Amalie scoffed, recounting the story in my Toronto office. “That was an understatement!”

The first thing the senior professor said when they met. was, “I don’t work with fat people.” Amalie tried to laugh it off, but the professor wasn’t smiling. It wasn’t a joke.

Then and there, Amalie resolved to lose weight. “I wanted to be 120 pounds, like my mother and my sisters. They say ‘120’ is the magic number for being thin.” So, she did what most people do when they’re desperate to lose 45 pounds in a hurry — she imposed a draconian regimen on her diet.

For a year and half, Amalie’s daily menu consisted of two garden salads, one lean chicken breast, and two cups of café noir (black coffee). She was also spending upwards of two hours at the gym, each day, doing cardio.

In her mind, Amalie was following her doctor’s rather dismissive advice:  “If you want to lose weight, try eating less.” And for the first nine months, Amalie lost a commendable one pound per week. But as she teetered on the verge of her goal weight, something began to happen.

The Disappointing and Unhealthy Results

“I was starting to feel tired. More tired in the morning, and definitely more tired at night. My fiancé and I weren’t connecting, sexually, I guess because I was rarely in the mood.” She added, “It felt like depression, a fog that wouldn’t lift.”

In addition to cognitive and sexual impairment, Amalie also began to put weight back on. “I didn’t change a thing about my diet,” she said. But like running in quicksand, the more rigorously Amalie stuck to her diet, the more weight she gained. Assuming that the culprit must be the carbs in her store-bought salad dressing — or perhaps the few glasses of Château Margaux she allowed herself, each week — she began to take her salads (and drinks) dry.

By the time Amalie came to see me, she had gained all of the weight back, plus an additional 10 pounds

Think of it: Having eaten nothing but lettuce, lean chicken breast, and two cups of coffee, Amalie — who exercised for two hours a day — had gained, lost, and gained close to a hundred pounds since her diet began!

What the heck happened there?

Why, if Amalie was so diligent about following her diet and exercise regimen, did she put weight on instead of losing it? And how can salad, black coffee, and spin classes make you fat? Or can they?

Confused and desperate to turn the scales in her favor, she added cardio to continue burning fat. While this resulted in a temporary loss (3-4 lbs) in month 10, by 12 months she was steadily regaining her weight; she began exhibiting symptoms of fatigue, brain fog, and sexual dysfunction; and by 18 months had regained all of her weight plus another 10 lbs!

What Actually Was the Driver to Her Weight Gain

Amalie’s doctor had made the common mistake of telling her to “eat less” and “exercise more”. However, combining severe calorie restriction by reducing portion size (but failing to restrict carbs preventing her from staying in ketosis) with over-exercise actually caused her to become more metabolically dysfunctional than ever.

Her doctor was unaware that this combination would tax her adrenals and cause the massive, prolonged cortisol release. This triggered:

This combination is why she put on weight, instead of losing it.

The initial weight loss she experienced was a result of catabolism induced by excessive cortisol. The problem with high cortisol is that it results in high and sustained insulin levels. When insulin is high, here’s what happens:

In addition, high cortisol impairs the conversion of T4 to T3 at the cellular level. Amalie’s physical symptoms of dry skin, thinning hair, brain fog, and severe cold intolerance were congruent with low thyroid function. I ordered a blood test to check this. The TSH (thyroid stimulating hormone) was very low at 2.3, the Free T4 was high normal and the Free T3 was 2.6. Her basal body temperature, done with a glass thermometer first thing in the morning, was 96.9°F (36.1°C) -which was very low. These results confirmed she was severely hypothyroid.

To fix the ability of her cells to process carbohydrates efficiently, and thus, to help Amalie lose weight, I had to get her thyroid in working order.

Like so many patients, suffering with insulin resistance, Amalie’s approach to eating and exercising actually worked against her weight loss.

I showed Amalie how to follow a low-glycemic diet:

The increased nutrient density of these foods, coupled with the detox practices I discussed, helped to optimize her cellular health and bolster mitochondrial efficiency. To further improve her mitochondria (turns nutrients into energy), I provided her optimal doses of B-Complex, fat soluble vitamins (A, E, D, K2), minerals and the amino acid GLP2.

In the end, Amalie did end up losing weight more healthfully and has since been able to keep it off. By fixing the thyroid-adrenal connection, correcting her low iron, and teaching her how to detox and eat properly, we’ve had tremendous success in reversing Amalie’s insulin resistance, weight gain, and chronic carb intolerance.

I’ve been applying functional medicine to my practice for a long time. In medical school, doctors aren’t taught what I have learned as the core underlying integrative and functional medical principles. For example, we are not taught about the importance of diet, nutrition and toxins on thyroid and mitochondrial function, and that thyroid function and mitochondrial function have a profound effect on metabolic health.

I have discovered that obesity, insulin resistance, hypertension, infertility, cancer, hair loss, heart disease, osteoporosis, cognitive dysfunction, and Alzheimer’s (to name a few) are all signs of mitochondrial dysfunction that are caused, and worsened, by hypothyroidism. Improving thyroid and mitochondrial function are the key to robust cellular energy, and an absolute necessity if you are to restore the innate wisdom of the body’s cells to repair and heal themselves.

In my view, diet, nutrition, and detox are powerful keys to restoring cellular energy to preventing and reversing diseases. Yet, despite this simple message, I’ve dealt with a lot of scrutiny from fellow doctors — and from my regulating body — for my belief that we should do more than push the latest, most expensive “evidence-based” medications at our patients.

I practice holistic medicine because I get a lot of satisfaction from working with my patients and seeing some very sick, metabolically dysfunctional people become empowered to take their own health in hand and figure out the complex, multi-factorial causes that result in their health issues.

I’ve come to see that nutrition, rather than pharmaceutical intervention, is central to curing a variety of metabolic diseases. A diet consisting in nutrient-dense foods, coupled with an expanded awareness of environmental toxins, is a patient’s best line of defense against obesity, heart disease, infertility, and cancer.

I believe that I have discovered the fundamental basis of disease in the human body. By improving the bio-absorption of nutrients and detoxifying the body of chemicals that interfere with its ability to heal, I have demonstrated — to the satisfaction of thousands of patients — that most diseases are readily reversible.

Prior to that, he held the position of Medical Director at the Canadian Men’s Clinic (CMC) — a national, multi-clinic organization with 17,000 active patients — from 1997-2003. While holding this position, Dr. Adams developed his current interests in assessing/treating endocrine dysfunction in men and women, as well as addressing erectile dysfunction, andropause, menopause, and infertility.