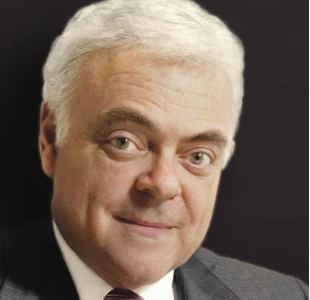 Following the premature death of his mother from breast cancer, Dr. Platt began the journey of assimilating his knowledge about hormones and the importance of keeping them in balance for optimum health and wellness. Through intense one-on-one observation of thousands of patients he was able to identify the connection between the causes of many illnesses connected to hormone imbalance and adrenaline overload.

“You can never go wrong treating a person, but you can be led astray by treating a lab test. When you take time to talk to a person, one-on-one in a comprehensive way, it allows you to [incorporate] fully understand their unique set of circumstances and symptoms. In this way you are truly able to more accurately and effectively guide them on their journey to health.”

There is a healthcare crisis in America that is completely under the radar. Almost every family is affected by it in some way or another. It is associated with adrenaline, a hormone that most people are aware of. It is best known as the “fight-or-flight’ hormone, which is released in large quantities whenever we are in danger. It is an extremely powerful hormone, and has significant physiologic effects on our body. These episodes are usually short-lived, and as soon as the danger passes the adrenaline levels go back down.

However, there is another reason the body releases adrenaline, and it can occur throughout the day and night for sustained periods. Needless to say, this can have a significant effect on our health, and certainly, on the quality of our life. For example, excess adrenaline can prevent us from falling asleep or staying asleep. In certain people it makes the mind race, causes restless leg syndrome, results in bruxism (teeth grinding), tightens the jaw (TMJ), and causes nighttime urination, especially around 2:30 am when levels of adrenaline are the highest.

During the day it is the primary cause of anxiety, it creates anger – including road rage – and cuts off circulation to certain areas of the body not needed for survival resulting in cold hands and/or feet as well as IBS. In addition, it makes muscles tense leading to the buildup of lactic acid causing the pain of fibromyalgia, and it creates an “over-active” bladder in women and bed-wetting in children.

Completely unappreciated is the fact that it is the underlying cause of ADHD in children and adults, and it creates muscle tension in the neck resulting in tinnitus and headaches.  It is the cause of conditions felt to be incurable such as chronic interstitial cystitis and PMDD (premenstrual dysphoric disorder) – a condition found in about 5-8% of menstruating women. These are the women who no one can live with for about 10 days of the month due to severe anger issues and mood swings.

There are many people in this country addicted to drugs and alcohol. They often wind up going through detox or some form of rehab therapy to get off whatever chemical they are addicted to. In this situation it is important to understand that people often get into drugs and alcohol simply to relax when they are dealing with high levels of adrenaline.

During the many years that I have treated people with excess adrenaline, I have observed that people who are creative have the most adrenaline. One needs only to look at people in the music industry to appreciate the high incidence of drugs and alcohol, unfortunately often leading to deaths from over-dosing. This can also be said to affect people in Hollywood, who might have a tendency to overindulge at times.

There are certain characteristics that creative people exhibit. For example, they are very intuitive about other people – in other words, they can read other people. They often have premonitions or déjà vu experiences, they might know who is on the phone before they answer it, if they go too long without eating they get shaky or irritable, they will find that animals and small children might be attracted to them, and they may fall asleep in a car when other people are driving.

There are two related conditions that are in the category of “we do not know what causes it, and we certainly do not know how to treat it”. The first is called cyclical vomiting syndrome (CVS), and the other is hyperemesis gravidarum. CVS is most often seen in children who start vomiting and cannot stop and have to be hospitalized. The other condition I mentioned is found in women who experience nausea and/or vomiting throughout their entire pregnancy. Again, both related to excess adrenaline.

I mentioned earlier that as part of the “fight-or-flight” response, adrenaline cuts off circulation to certain areas of the body not needed for survival. Again, it is the cause of cold hands and/or feet. Which brings us to another condition that excess adrenaline can claim credit for which is peripheral neuropathy. It is often attributable to diabetes, and when people have it but are not diabetic it is called ‘idiopathic’ – which means of no known cause. However, I suspect that it might be attributable to adrenaline cutting off blood supply to the nerves in the feet.

There are some babies that experience colic, which I suspect is the earliest manifestation of adrenaline dominance. Normally, this is a condition that can cause new parents to be up all night. The good news is that it can be treated and eliminated in less than five minutes.

The next manifestation of excess adrenaline is called “the terrible two’s”. Other excess adrenaline issues in children I have mentioned previously – bed wetting which can be eliminated in 24 hours, and, of course, ADHD, which also is easily addressed. There are reasons why the body releases adrenaline. With regard to the conditions associated with it, I divide them into the good, the bad, and the ugly – taking the liberty of borrowing the idea from the Clint Eastwood movie of the same title. The only condition that I place in the “good” category is ADHD. This sort of goes against the thinking of most schools and many doctors, but when you consider that the most intelligent, creative, successful people in the world have ADHD, it is hard to think of it in negative terms. It is often referred to as a ‘learning disorder’, but in reality it is actually an ‘interest’ disorder. Children with ADHD will definitely focus if they are interested, but if it is a subject that they have no interest in they will easily get distracted.

Another area that is affected by this cut off of circulation is the salivary glands, also not needed for survival. As a result, hormones have a difficult time getting into the saliva. There are certain doctors, especially naturopaths, who rely heavily on saliva tests to treat their patients. This has resulted in the creation of a disease that actually does not exist called ‘adrenal fatigue’. It is diagnosed based solely on the presence of low cortisol levels in the saliva. Interestingly, however, excess adrenaline is the number one cause of stress, and the body responds to stress by producing cortisol – the anti-stress hormone. Since adrenaline peaks during the night, especially around 2:30 am, a morning cortisol blood test done before 9 am is the best test to determine elevated adrenaline levels. All the books written about ‘adrenal fatigue’ are actually talking about ‘adrenaline dominance’. Unfortunately, because of the false readings of low salivary cortisol, many patients are started on Cortef (cortisone) when they already have high blood cortisol levels. This contributes to weight gain, osteoporosis, etc.

The Number One Reason People Struggle with Weight Gain

So far I have touched on conditions related to excess adrenaline that affects millions of lives. However, I have left out a condition that can have a significant impact on a person’s life, and also affects millions of people. What I am referring to is weight. Surprisingly, excess adrenaline might be the number one reason why there are so many people fighting with weight gain.

Other than preparing the body for danger, the primary role of adrenaline is to provide sugar for the brain. The brain utilizes more sugar per weight than any other area of the body. When the brain runs out of fuel, people experience a profound sense of sleepiness which is called hypoglycemia. Classically, this occurs between 3-4 pm when insulin levels are peaking, or after eating, or when people are in a car either as a driver or as a passenger. A low level of sugar in the brain automatically sends an alert to the adrenal glands via the sympathetic nervous system to release adrenaline. Adrenaline then raises sugar levels via a process called gluconeogenesis, whereby it converts protein into glucose. The brain can use up fuel in as little as three hours. Understandably, adrenaline levels peak around 2:30-3:00 am, contributing to insomnia and an urge to urinate around that time.

Adrenaline can create stress. This stimulates the release of another hormone called cortisol which is an anti-stress hormone. As soon as it is released, it raises glucose levels via a process called glycogenolysis. As a result, the body is putting out two hormones that raise sugar – while people are sleeping (or trying to).

When it comes to sugar, it does not matter whether you are eating it or if the body is making it, if you don’t burn it up, the sugar is stored as fat in your fat cells.

It is important to have the understanding that the primary reason the body is releasing excess adrenaline is simply to raise glucose levels for the brain. However, by giving the brain the fuel it needs, there is a reduced need to use adrenaline to provide fuel. Accordingly, there are two fuels the brain uses: glucose and ketones. The best source of glucose is derived from vegetables. Ketones are derived from coconut or MCT oil.

Each meal – breakfast, lunch, dinner, and bedtime snack – should provide one or the other, ideally both. The only other thing needed to control adrenaline is a 5% (50 mg per pump) progesterone cream that is applied 1-3 minutes before eating. Not only does progesterone block adrenaline from getting to adrenaline receptor sites, it also blocks insulin. Controlling insulin is another way of controlling adrenaline, since it will prevent episodes of hypoglycemia.

A more extensive review of this subject can be found in my book: “Adrenaline Dominance: A Revolutionary Approach to Wellness”

Dr. Michael Platt is known nationally and internationally as a specialist in bio-identical hormones. Dr. Platt is also the author of “The Miracle of Bio-identical Hormones” and “The Platt Protocol for Hormone Balancing” – a wellness manual for healthcare practitioners.

He has an office in Palm Desert, CA, devoted to wellness.

View other holistic practitioners like in our Holistic Health Directory